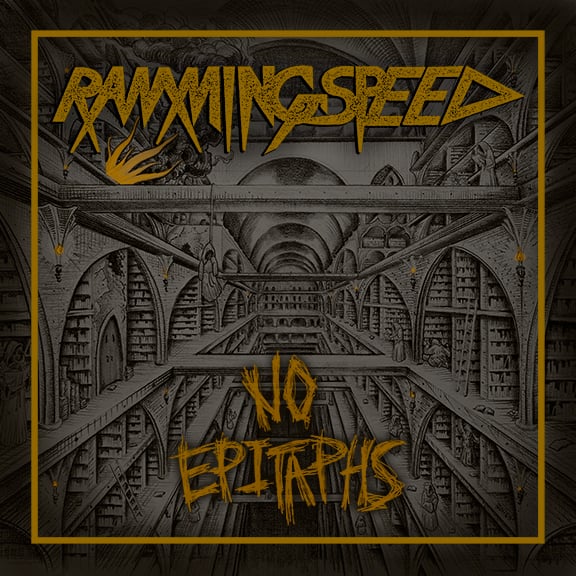 "Gearing up for their pivotal third album, Ramming Speed stepped up their game considerably following their move from their hometown of Boston to Richmond, Virginia. The simple southern life certainly hasn’t tempered the bands hunger to write crushing, intelligent songs that owe equal parts to classic thrash, heavy metal and more current brutal flavors such as grindcore and d-beat. Working with longtime producer and Converge guitarist, Kurt Ballou at his GodCity Studios, No Epitaphs is a killer metal album that likes to party, but also sounds like Howard Zinn, Gore Vidal and John Stewart combined." - GHOSTCULTMAG.COM

Note: CD's will ship as soon as we have them in hand from the record label!